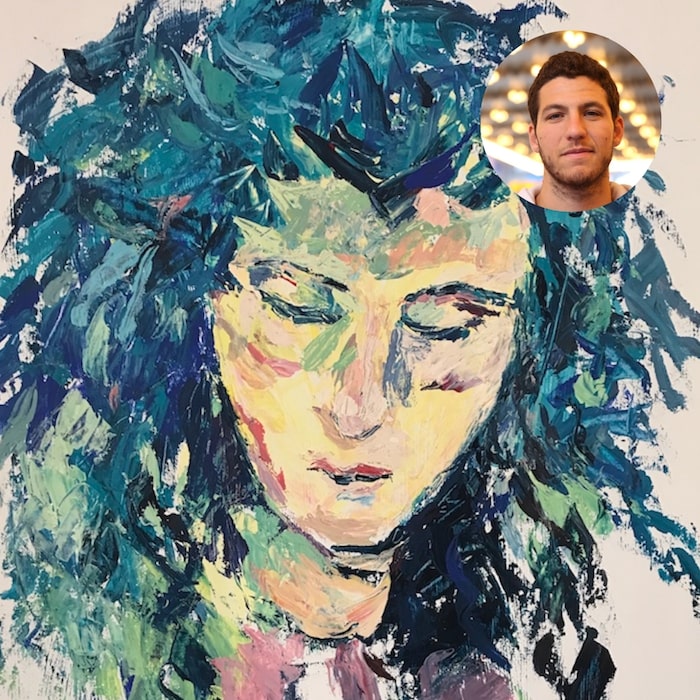 Name of Art: אמא שלי
About:“My Mother” is based on a picture taken of Ran’s mother during his recovery at the hospital. After Ran landed in the hospital due to a piece of shrapnel in his brain which caused severe internal bleeding, his mother stood by his side through it all. His mother rallied for him and fought for him to make a full recovery. After he was released, Ran found respite and relief through his art therapy. He used the care and inspiration he felt from his loved ones during his journey to create this piece of art.
Dimensions: 27×39 inches
Material used: Acrylic Paint


Artist Name: Ran Bar
Age: 24 Years old
Unit: Sergeant in the Tank Corps
Date of Injury: 2014
Ran’s Story: Ran’s unit was in middle of completing their mission during Operation Protective Edge ,when they were ambushed. Five soldiers were killed and 17 were injured. Ran received a piece of shrapnel in his brain which caused severe internal bleeding. Thankfully, the doctors were able to save his life. However, they were unable to remove the shrapnel from his brain due to high risk of bleeding.