Hundreds of New Yorkers gathered Monday, December 8, at the New York Marriott Marquis to honor Mort Zuckerman and 10 Israel Defense Forces (IDF) soldiers and veterans, most of whom were wounded in Operation Protective Edge in Gaza last year.

The gala was part of a 10-day tour of New York City for the wounded warriors organized by Belev Echad, founded by Rabbi Uriel Vigler and his wife, Shevy, and a host of supporters from the New York area. Belev Echad aims to show the Jewish people’s gratitude to IDF veterans for putting their lives on the line to protect and defend the Jewish State. 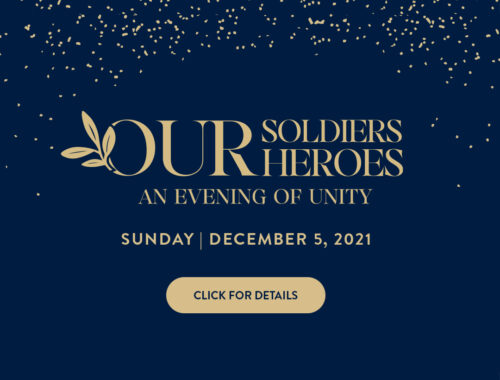